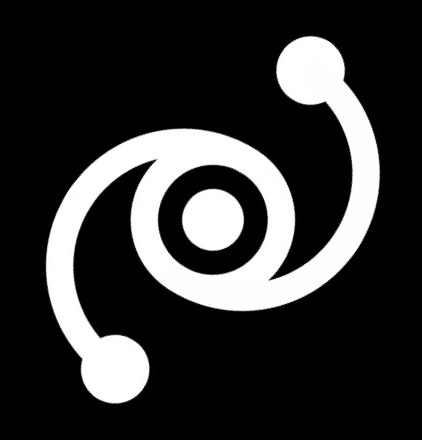 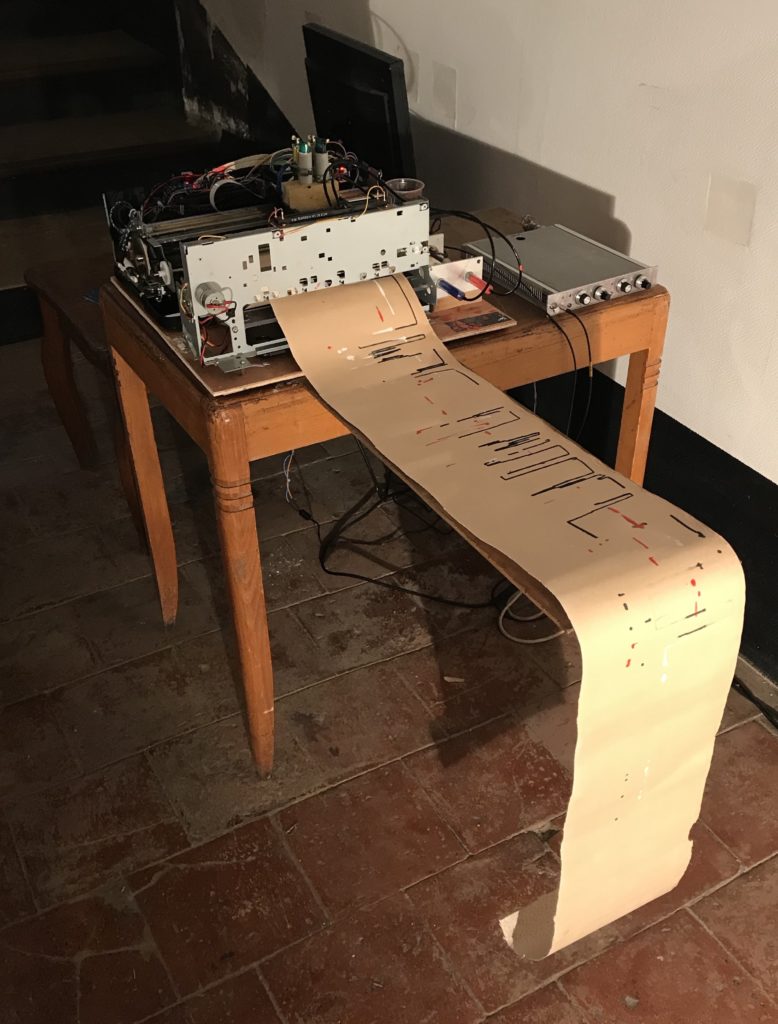 In this project cosmic ray detection is used has the clock to run the paper feed of a hacked printer. The cosmic ray detection involve scintillating plastic a technology well established at CERN to track particles. This object has been produced for the contemporary music performance Pendulum of the Swiss collective Mycelium. Two permanent markers and two ink dispensers are controlled and moved by the sound generated along the Pendulum piece. At the end of the performance the printed graphic partition is finally performed by the musicians.

The Pendulum performance as been presented in Bern, Geneva, Zurich and Basel in 2018. 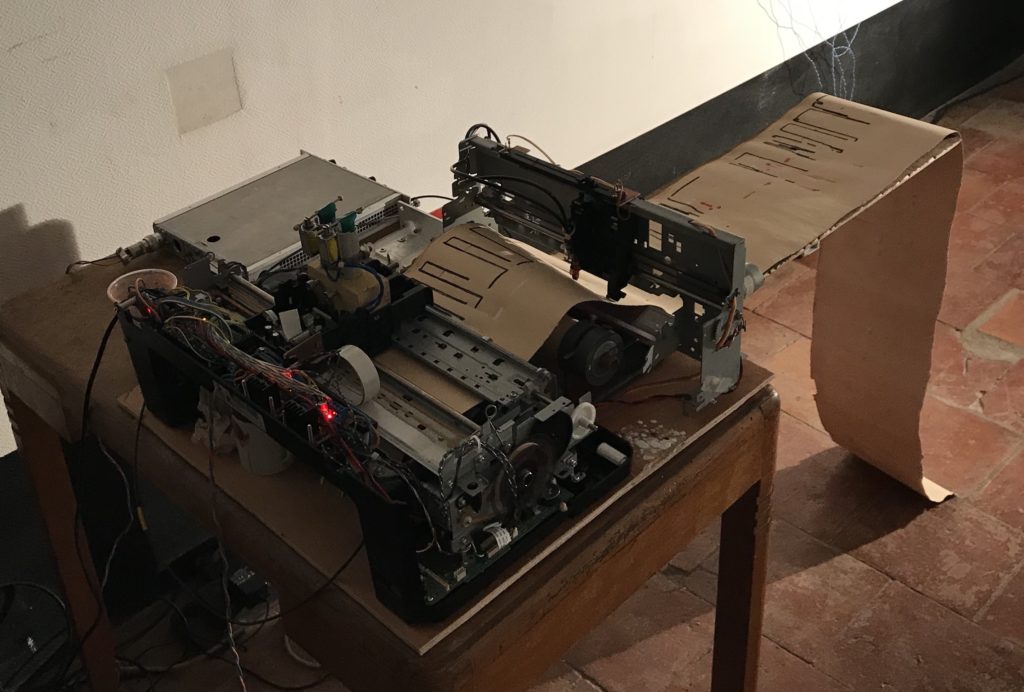 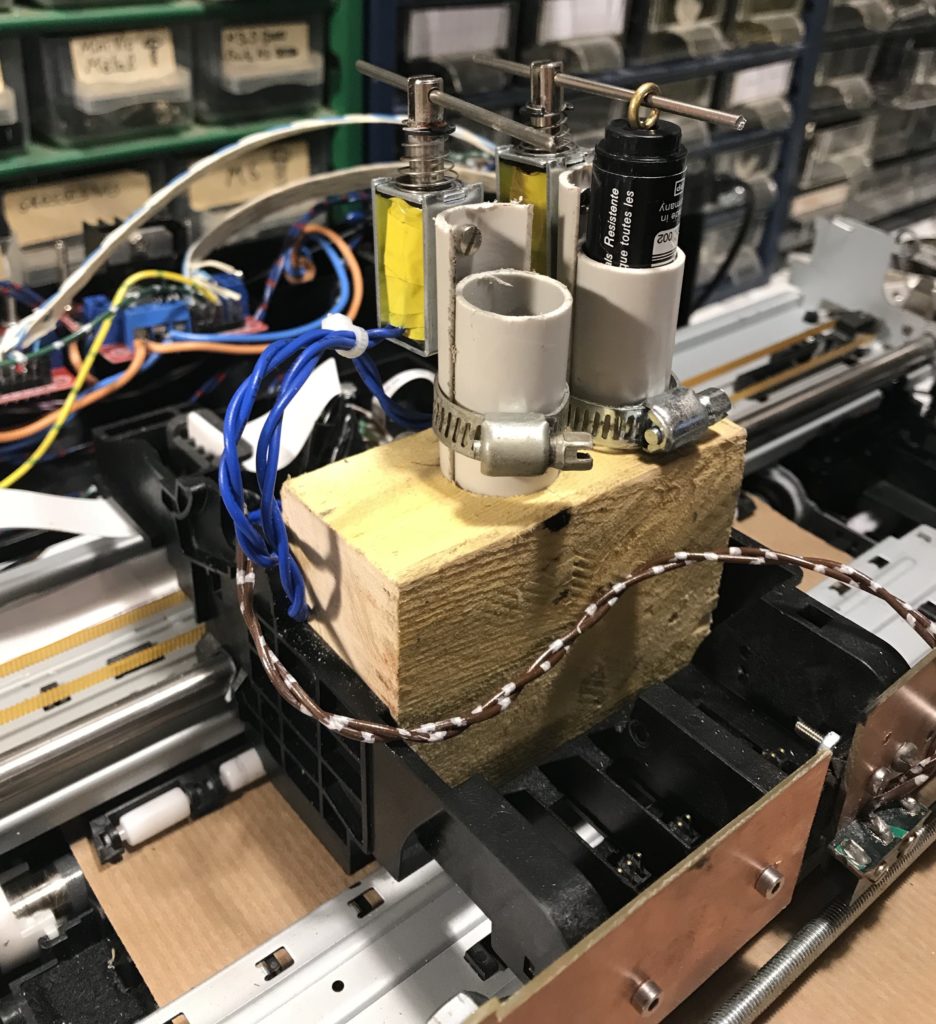